Madness of the Karoo Hollywood

Where did the madness of the Karoo Hollywood start… Chris Marais and Julian du Toit for sure.

Was it not for them, the discovery of this dusty and rusty little place we called Williston Mall would not have happened. After including us in their fantastic book “Karoo Keepsakes” and some brilliant Country Life articles the sky was the limit.

Just as we thought it could not get any better we were one of the locations for the movie “Snaaks Genoeg”. Then, the cherry on the top: The location for the award-winning movie “Susters”.

The town folks and kids were cast as extras and did we have fun! The movie was also shown in Williston on a big screen at the church hall. We renamed the church hall to the “Kerk-Kinekor”.  Jenny Griesel , Johan Voster and  Corne van Rooyen were fabulous in arranging this event which was as close to a red carpet Hollywood function that you could ever find.

To-many-to-mention publications followed and though we do not see all, we appreciate everything. The cover of Country Life in October 2014 was to say the least, one of my personal highlights. I was standing in Cape Town and the picture of the Williston Mall was on the cover and on all the shelves … I wanted to tell everyone in all the shops that that was my home! I am sure in my business achieving the front page of Country Life is the same as a small-time actress on the front of Playboy!

What a journey… love it! 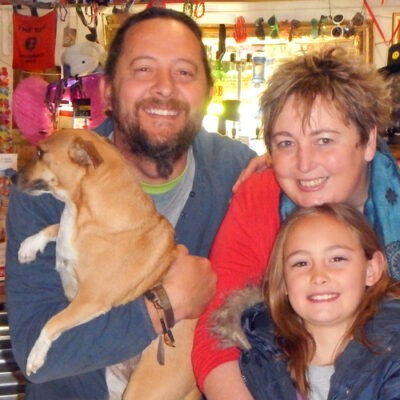 We are Pieter,  Elmarie and Bianca from the Williston Mall. Follow the latest news, happenings and stories from the past.